my grandma died the day after christmas.
at: 11:10 PM No comments:

By which I mean terrifying. Speaking of which, I quit my job today. One of them; the one that pays more. I feel mostly okay about that; I will probably either get a job at UWM or actually have time to make websites and necklaces for money. I hope.

I am drunk. That is mostly related to the quitting of my job. And the generally chaotic situation in which I find myself. Today, I found out two of my photos made the finals at the photography competition at work. I found that out when I was cleaning out my mailbox because that was one of the things I had to do to officially quit. They gave my framed prints of two of my photos; I'm still entered in the competition, I think.

Do you have boyfriends/girlfriends, anonymous people who read my blog? I know you're out there; I have sitemeter. I'm watching you right now. Have you ever gotten mad at your boyfriend, but then you tell him, and he agrees with you and tells you he's wrong, and then he goes out of his way to do something to make it better? And then you're both happy he did that and very confused because you were gearing up to be angry and you don't know how to deal with this sudden change of emotion? Because, seriously, who does he think he is, noticing that you're upset and then wanting to do something to make you feel better? Well, that sounds like a stupid situation, one in which I have never found myself.

I am going to go to sleep; maybe tomorrow will be less annoying and confusing.
at: 10:33 PM No comments:

Email ThisBlogThis!Share to TwitterShare to FacebookShare to Pinterest
tagged: drunk, I miss you 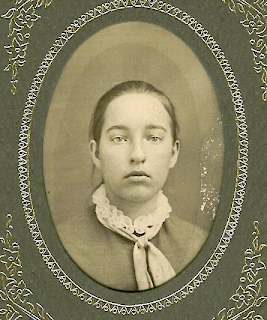 cats like milk
Originally uploaded by marinatina
I'm back in Milwaukee. My grandma is doing well, I think. I'll be back in a week for Christmas, etc, so I'll be able to see her again. Umm.. yes.
at: 3:12 PM No comments:

My grandma had a minor stroke yesterday.

I will be up north with my family until sometime next week.
at: 9:27 AM No comments: